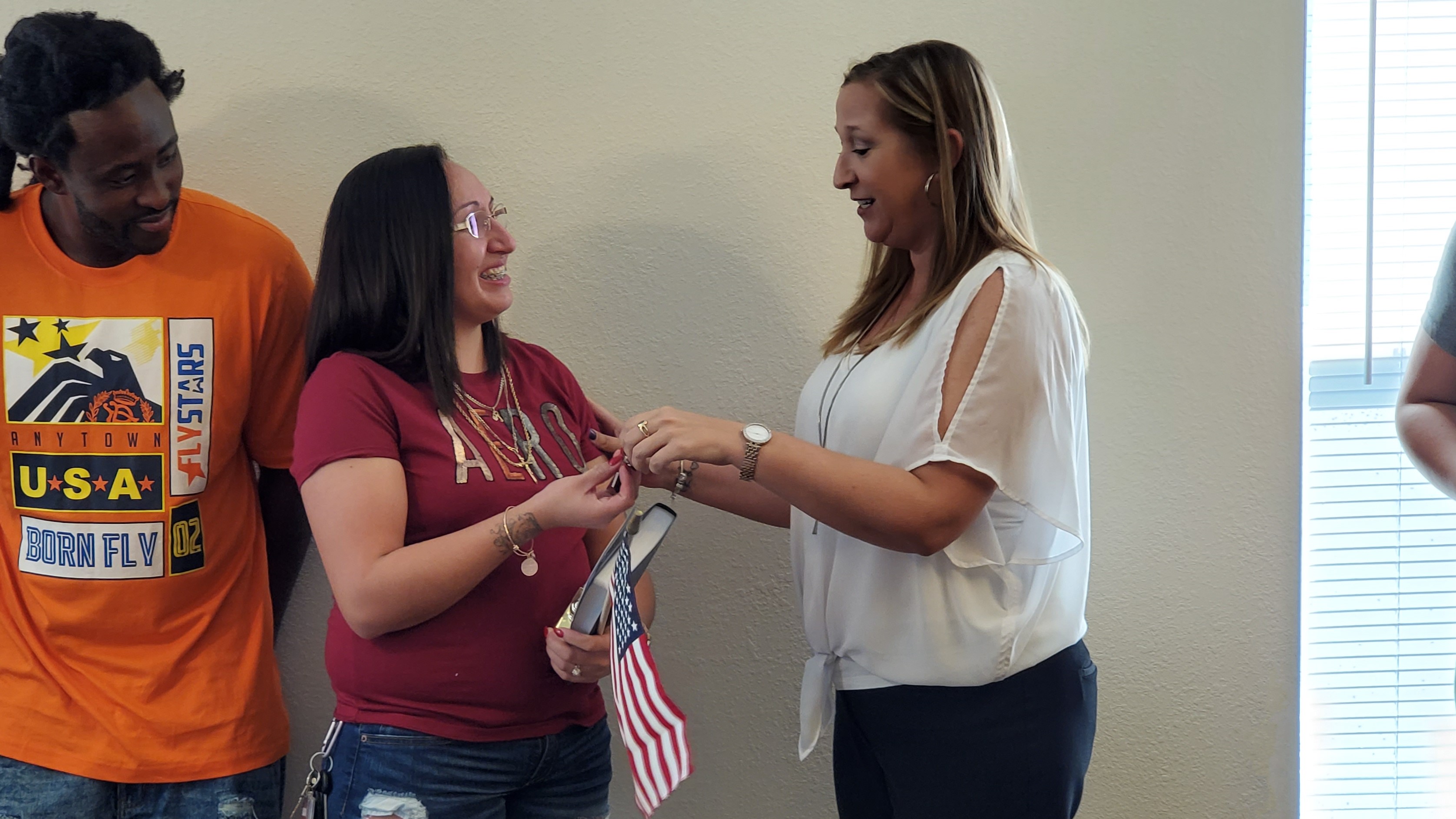 As a single mother of two children, Ashley prides herself on independence and working hard to provide her family with the best life possible. “In order to take care of the bills, I work two jobs, one full-time and one part-time,” said Ashley. “My kids and I don’t have a choice because we don’t receive any government help.”

But like far too many families in Southwest Florida, Ashley was severely impacted by the high cost of housing. With more than 50 percent of her income going towards rent, the family was always just one missed paycheck or emergency away from losing everything. Then, Hurricane Irma hit the Gulf Coast in 2017, and suddenly the family’s rental home was severely damaged.

It took her landlord months to fix the broken roof and plumbing, resulting in moldy walls, an infestation of bugs, and unaffordable water bills. The Hurricane Irma expenses had depleted Ashley’s modest savings, forcing her to search for more affordable options. But, with a deficit of 34,102 affordable and available housing units in Lee County, finding a decent home she could afford was nearly impossible.

Ashley and her children remained in the damaged for years—simply because of the limited options. When she learned of Habitat for Humanity’s affordable homeownership program, Ashley was thrilled about the opportunity to provide her children with “a safe and beautiful home” where they could flourish personally and academically. Once accepted into the program, she completed her sweat equity, attended courses on home maintenance and financial literacy, and saved $1700 to cover the closing cost on her home.

In February, Ashley signed the affordable mortgage on her new Habitat home. Now, she and her children have an opportunity to thrive in a house, they call home. Congratulations, Ashley! Working through hardships to reach the finish line