By 2004, Habitat for Humanity of Lee and Hendry Counties had built over 500 homes. In 2006, Habitat’s Board addressed a pressing need by building 60 Senior Rental units in North Fort Myers. The first Women Build home was constructed in 2010, the same year Kitty Green became Habitat Lee and Hendry’s second CEO in its history.

In 2014, Habitat for Humanity of Lee and Hendry Counties amplified its shift in focus from scattered lots to neighborhood building with the start of Red Hibiscus, a 28-home Habitat community in Bonita Springs. A year later, FineMark Village broke ground in Fort Myers, and a year after that, 20 acres was purchased in Harlem Heights. That property is being developed into a lakefront neighborhood of 150 single and multi-family homes called Heritage Heights. With Habitat for Humanity’s “Quality of Life Framework” in mind from inception, Heritage Heights will build homes in partnership with hard-working families, the first of whom will move into the neighborhood by early 2021.

In July 2019, Becky Lucas assumed her role as Habitat Lee and Hendry’s third CEO in its history. Over a span of 19 years, Becky has served Habitat for Humanity in various roles including volunteer, director of construction, executive director and her most recent role as vice president of community outreach. 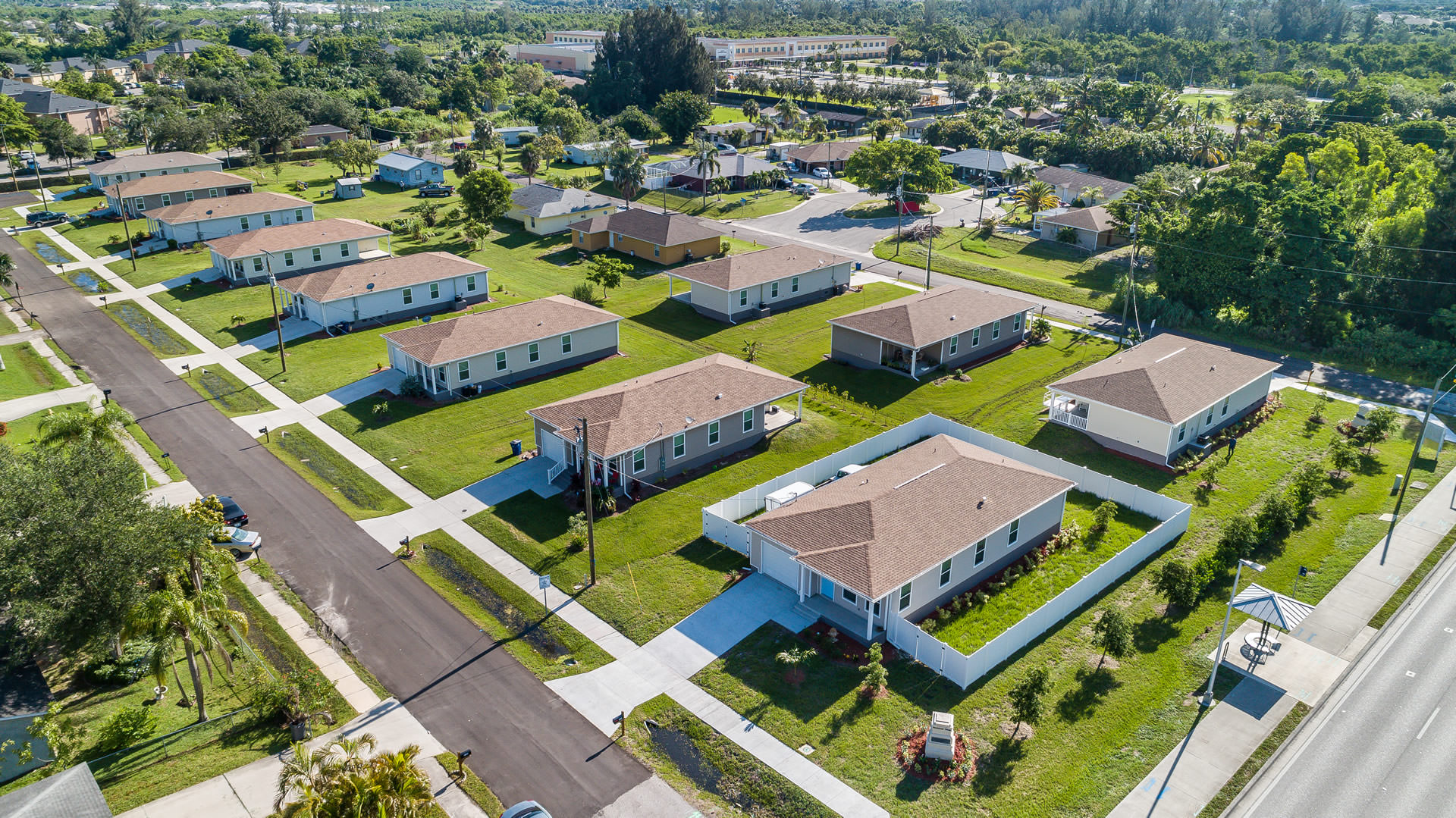 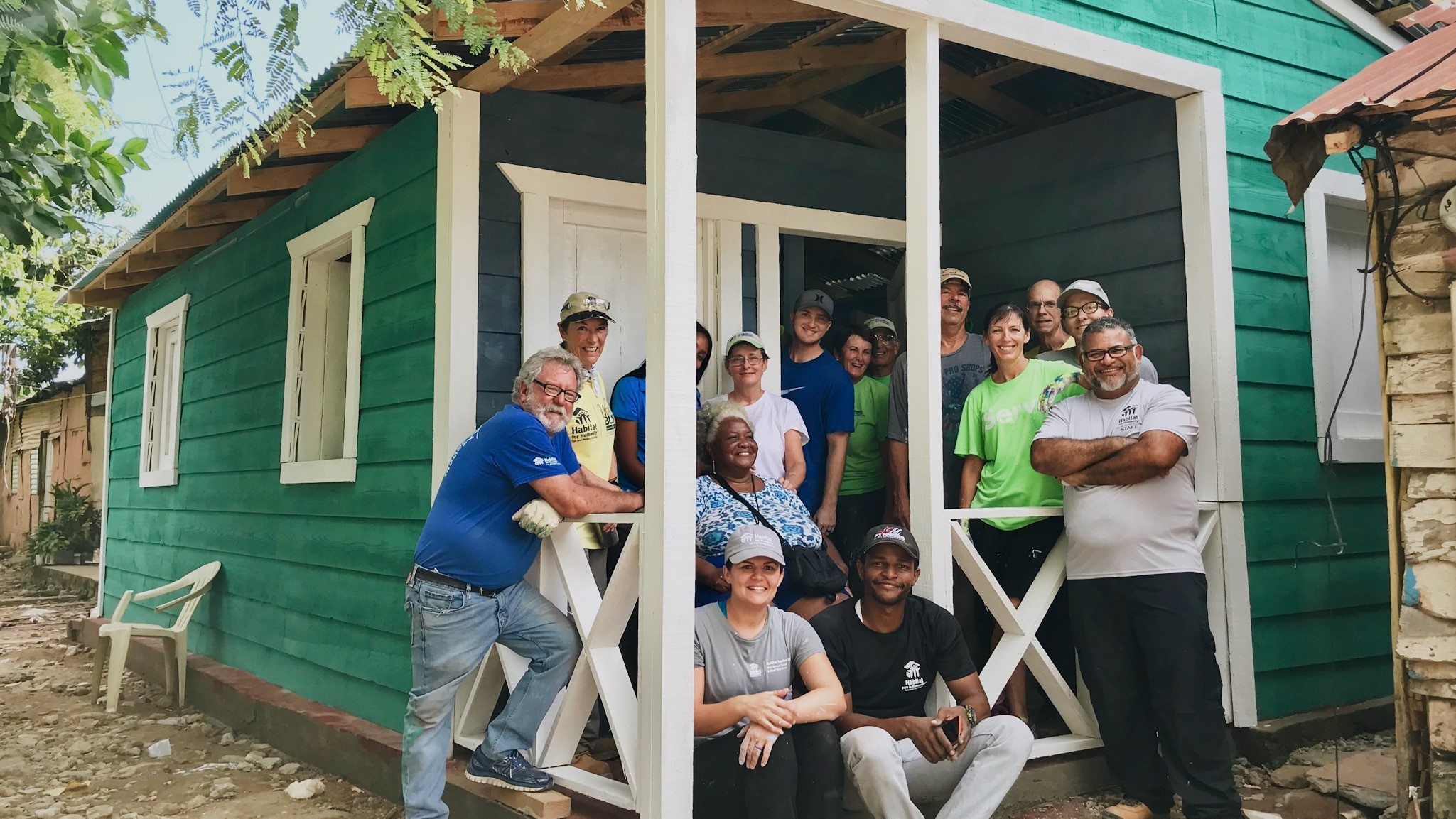 The idea that became Habitat for Humanity first grew from the fertile soil of Koinonia Farm, a community farm outside of Americus, Georgia, founded by farmer and biblical scholar Clarence Jordan.

On the farm, Jordan and Habitat’s eventual founders Millard and Linda Fuller developed the concept of “partnership housing.” The concept centered on those in need of adequate shelter working side by side with volunteers to build decent, affordable houses. The houses would be built at no profit. New homeowners’ house payments would be combined with no-interest loans provided by supporters and money earned by fundraising to create “The Fund for Humanity,” which would then be used to build more homes.

Beau and Emma were the owners of the first home built by Koinonia’s Partnership Housing Program. They and their five children moved into a concrete-block home with a modern kitchen, indoor bathroom and heating system, replacing the unpainted, uninsulated shack with no plumbing where they had previously lived.

In 1973, the Fullers decided to take the Fund for Humanity concept to Zaire, now the Democratic Republic of Congo. After three years of hard work to launch a successful house building program there, the Fullers then returned to the United States and called together a group of supporters to discuss the future of their dream: Habitat for Humanity International, founded in 1976.

The times have changed, the build site locations have grown in number, but the very real change that Beau and Emma’s family experienced is shared by families today who partner with Habitat to build or improve a place they can call home. Thanks in no small part to the personal involvement of U.S. President Jimmy Carter and his wife Rosalynn and the awareness they have raised, Habitat now works in all 50 states in the U.S. and in more than 70 countries and has helped more than 29 million people achieve strength, stability and independence through safe, decent and affordable shelter.

CLOSED MEMORIAL DAY: May 30, 2022
LEARN MORE ABOUT THE RESTORE