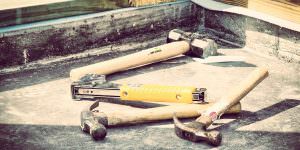 Florida Gulf Coast students teamed up with Wells Fargo for the sixth annual Make A Difference Day, a day dedicated to community service. The college students volunteered their time Saturday morning to help many that were affected by Hurricane Irma.

“Being able to help out. I don’t know if words can really explain it. It’s just something you feel,” said FGCU student Ricky Cassell.

Cassell was one of over 400 students volunteering their time for community service at 11 different sites. There was such an abundant amount of students signed up this year, that many were putting on a waiting list.

“We had to shut down our registration, in about a week’s time because we had 300 students already registered,” explained Jessica Rhea, FGCU Director of Community Engagement.

One of the sites was Habitat of Humanity, where Cassell and about 20 other students dedicated their time. The re-store takes community donations and turns them into funds to build houses, but flooding in the building put a halt in their process.

“So this re-store was flooded two weeks prior to Irma, when the whole Island Park area was flooded,” said Tammy Gregory, Vice President of the Habitat for Humanity Re-store. “Irma came a long and once again this place was flooded and we had about a foot to a foot in a half of water.”

Gregory says the contents lost in the store is equivalent to about $125,000. They haven’t been open in about 6 to 8 weeks. However, the volunteers put a brand new coat of paint around a nearly 13,000 square foot building and put the re-store one step closer to getting back to normal.

“Oh my god, we would not be able to do this without Wells Fargo or FGCU,” said Gregory.